Through the customizable CWEF service learning program, teams can learn about the history and culture of a place as they serve with CWEF. In June, a group of American high school students and Hong Kong International School alumni joined in a 12-day service learning program in Cambodia. During the visit, the team spent time in Siem Reap, Phnom Penh, Sihanoukville as well as Kampong Thom and Kampong Chhnang provinces.

The team had a historical and cultural orientation of Cambodia before serving with the students of Child Rescue Organization in Kampong Chhnang and Stronghold Cambodia in Sihanoukville.

The historical orientation included visits to ancient and modern historical sites. The team spent one day touring the temples of Angkor Wat and visits to the Angkor National Museum, the National Museum of Cambodia and Wat Phnom. After learning about the Cambodia at its peak, the students learned more about the dark times of modern Cambodian history. Through visits to the Landmine Museum in Siem Reap and the Toul Sleng and Cheoung Ek in Phnom Penh, the team gained a better understanding of the magnitude of the war and genocide during the Khmer Rouge era.

To encourage a well-rounded understanding of current Cambodian culture the team also had the chance to have some cultural experiences. The first major cultural experience was Phare, the Cambodian circus in Siem Reap. The story was one person’s struggle through the Khmer Rouge era and journey of healing through acrobatic and artistic expression.

In Phnom Penh, the team also had the opportunity to visit an art academy where they learned more about traditional Cambodian dances before watching a professional traditional dance performance.

The team also spent one day in Kampong Thom province as they traveled between Siem Reap and Phnom Penh to learn more about social enterprises and business as mission at Khmer Homestay. The team visited a fair-trade workshop, made traditional Khmer rice noodles and learned more about the impact of social enterprises on the employees and community.

After historical and cultural orientation was complete, the team spent six days serving at Child Rescue Organization (CRO) in Kampong Chhnang and Stronghold Cambodia in Sihanoukville. The team sponsored the high school students from CRO to join them at Stronghold Cambodia where the CRO students led most of the activities where they were able to strengthen their leadership skills. 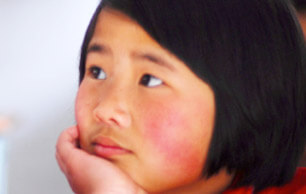 In the last six months, 20 village volunteers shared what they have learned through giving training to 1,205 Chinese villagers in basic health concepts following the methods of the Community Health Education (CHE) program. Starting six months ago, CWEF staff trained 20 villagers in CHE concepts. Since their first training, those trainers have led…